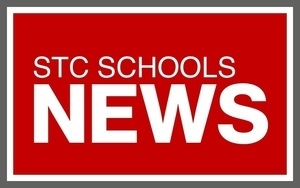 To the School Community:

I want to apologize for the inappropriate language that I used yesterday and for not being clearer as to the reasons that the language is inappropriate. A year ago, the student section for our football games would play music in the stands, some of which contained inappropriate language, including racial slurs.  After becoming aware of the music that was being played, I took away the loudspeaker and ended all music from being played. At the time, I explained to the students involved that it was wrong to play music with that language at a school event—and that I would not tolerate it.

Yesterday, several high school students approached me to resume playing music at our football games.  While explaining to the students why I had stopped the music originally, I mistakenly repeated the particular racial slur.  Although I said the word to convey how inappropriate it was, I was wrong to repeat it and needed to be clearer as to why it is wrong.  I take responsibility for that serious error in judgment, and I recognize I should not have said it in any context.

I had no right to say that word, and I am sorry. I want to apologize specifically to our student body and the broader school community.